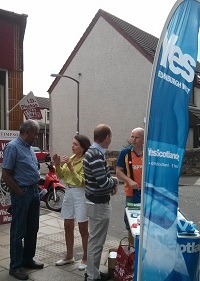 On Monday 18 January 2016, members of Yes Edinburgh West met at the Clermiston Inn to adopt a formal constitution and elect office bearers in order to be fully prepared for the next stages in the campaign for Scottish independence.

Here are the minutes of the meeting, produced by Bob Glen.

One thought on “Yes Edinburgh West is formally constituted”