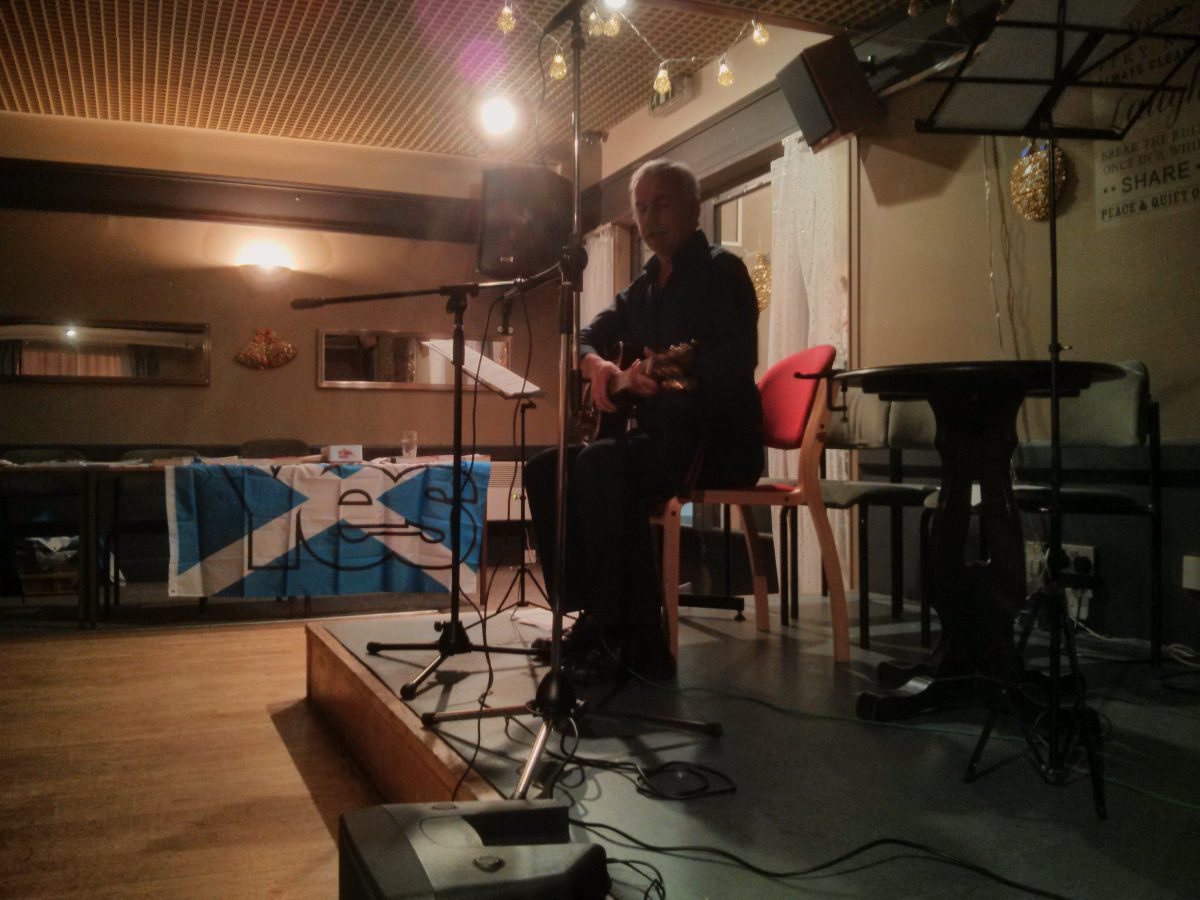 On the 28 November 2016 we gathered at the Clermiston Inn to enjoy a special performance of Bob Murray’s one-man show: A National Anthem for Scotland, in which Bob performs a selection of potential anthems for Scotland and examines the pros and cons of each one alongside discussion of more general issues around national anthems.

For instance what makes a good anthem? Can it be sung easily by amateurs with average vocal range? How will it sound in different settings, e.g. pipe band, small ensemble, a crowd at a stadium, orchestra? How will we choose our anthem? By committee, referendum, TV show? Is copyright an issue? Once you start pondering these questions, the whole concept opens up into a very thought-provoking area.

Bob had time to perform eight candidate songs, selected in random order – these are not an exhaustive list as there are plenty more which might be considered, but the driving message from the performance is that informed consideration of all the many varied aspects of a national anthem is the vitally important thing.

Huge thanks is due to Bob Murray for performing this show as a fundraiser for Yes Edinburgh West. Very enjoyable and much appreciated.